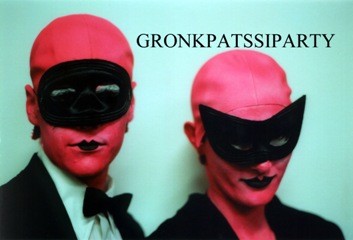 On Tuesday, October 31, 1978 ASCO artists Gronk and Patssi Valdez had an exhibition and party at L.A.C.E. Gallery in downtown Los Angeles.

The party included the second and final performance of punk band The Snappers. But that night Snapper members Gerardo Velasquez and Michael Ochoa met Edward Stapleton and decided to form Nervous Gender.

And the demise of The Snappers and the spawning of Nervous Gender.

Images from GRONKPATSSIPARTY are included in the exhibition ASCO: Elite of the Obscure, A Retrospective