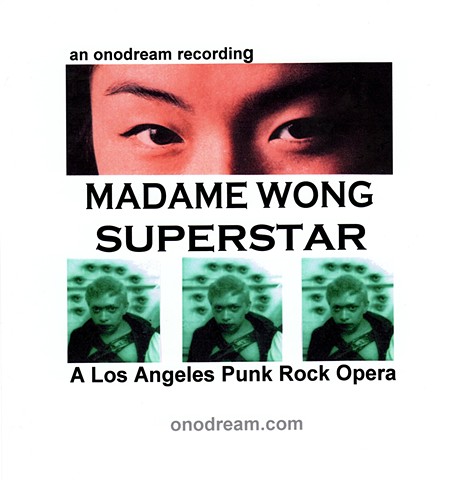 It was late and we had been out all night at the punk rock clubs. By the time we returned to my apartment in Echo Park we were still blazing and wide-awake. Gerardo said, "Let's record!" "I'm constantly singing 'Madame Wong Superstar'", I said. That was all we needed. I brought out my cassette tape recorder and turned on the record player. We both knew this particular opera very well and as we sang along we ad-libbed the lyrics on the spot, telling the epic story which was sweeping across the music scene in Los Angeles.

If you were there during that wonderful time then this will be great fun for you. You'll recognize the bands and the characters that we mention throughout. If not, then it'll probably just sound like two drunk guys on acid . . . - Louis Jacinto Madame Wong Superstar was recorded live on a mono cassette tape recorder in 1979. The original tape was transferred and mixed by Victor Bisio. This is a transfer of that tape to compact disc.