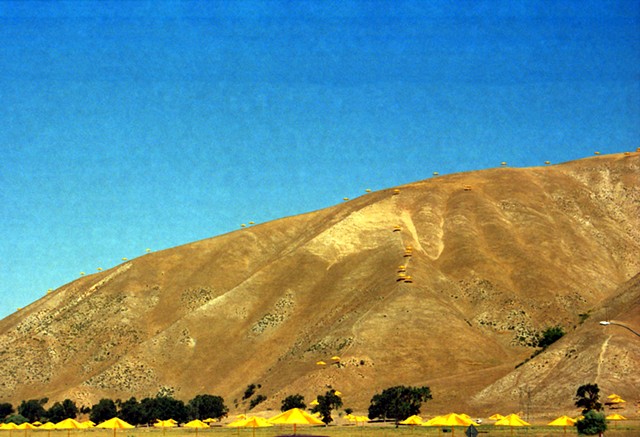 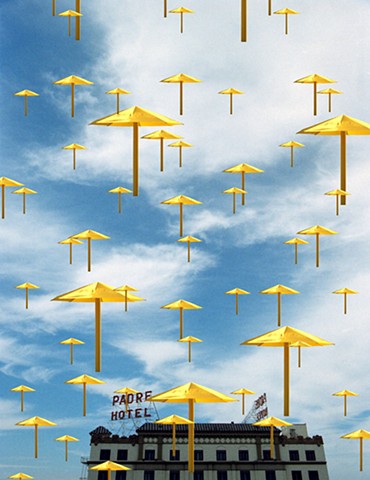 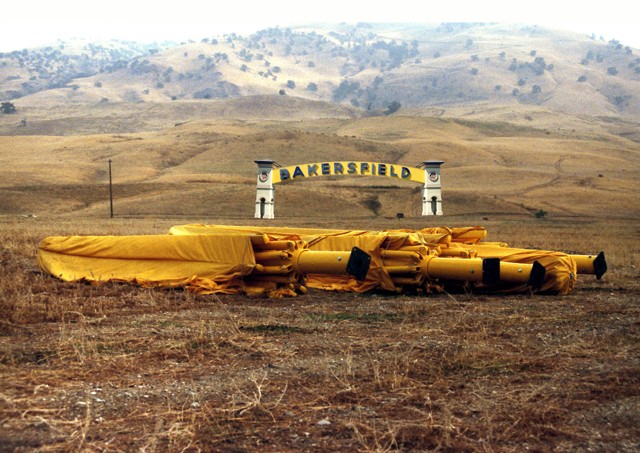 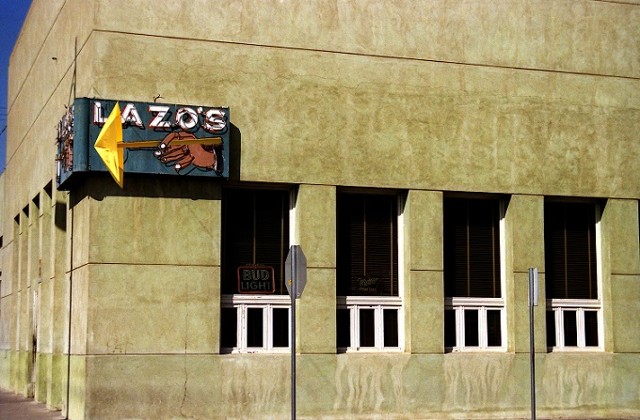 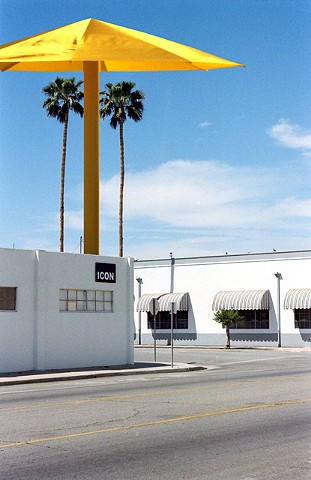 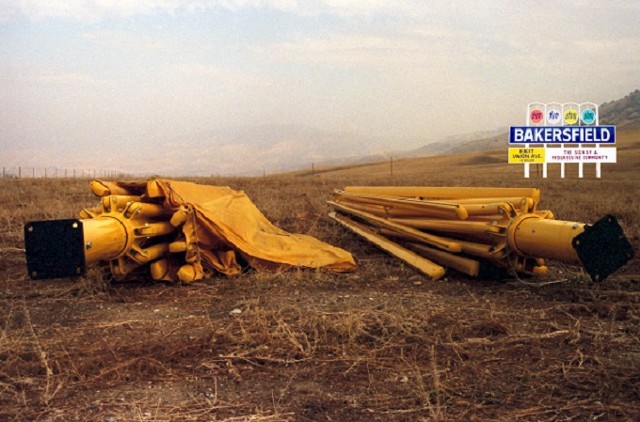 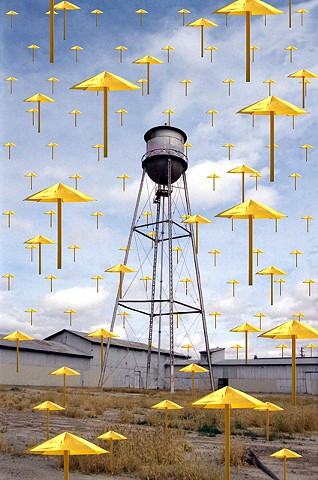 Each umbrella was 20 feet tall and 28 feet in diameter. In both countries the umbrellas dotted the hillsides like sprouting flowers. Despite their immense size the hillsides that held them dwarfed their appearance.

I was born and raised in Bakersfield, California, 45 miles north of the Umbrella installation. I left for Los Angeles in 1975 to begin my third year of college.

I used my photographs of the Umbrellas, also included in this series, taken in 1991 and photographs I’ve taken of my old hometown from 1984 through 2011 to create this re-imagining as a tribute to this monumental event.