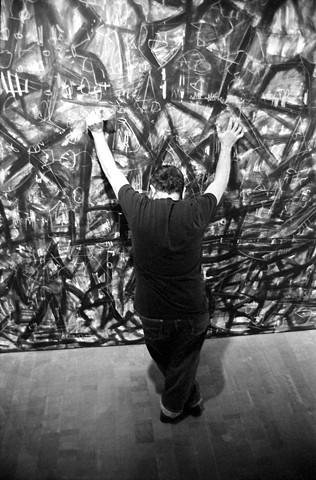 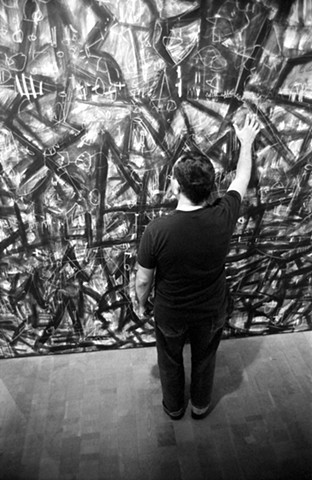 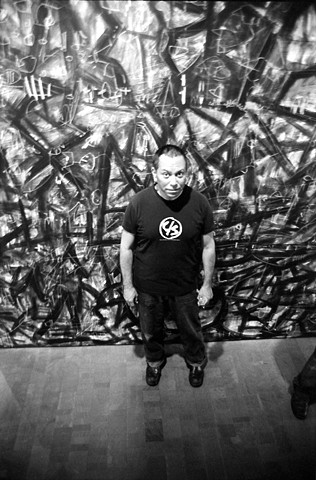 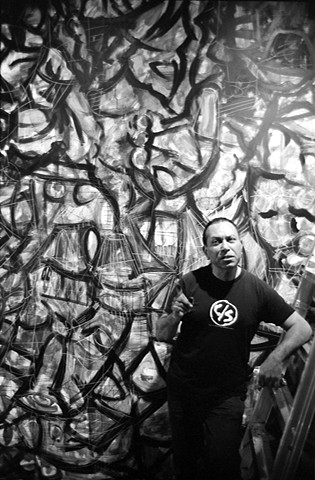 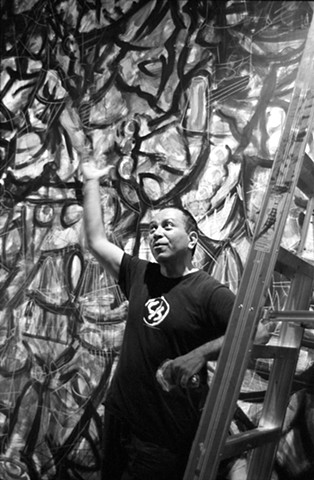 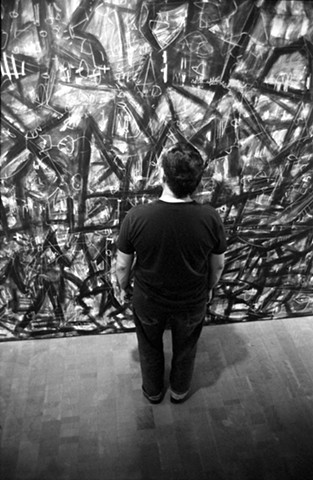 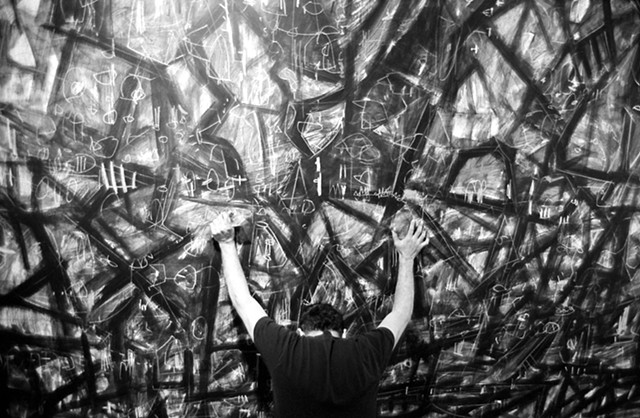 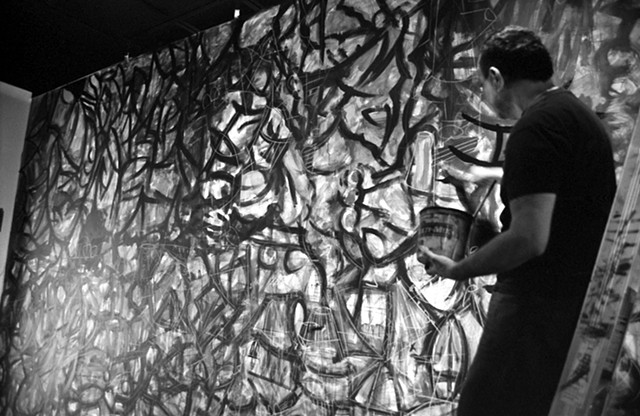 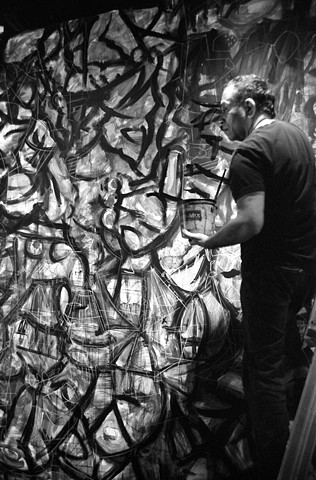 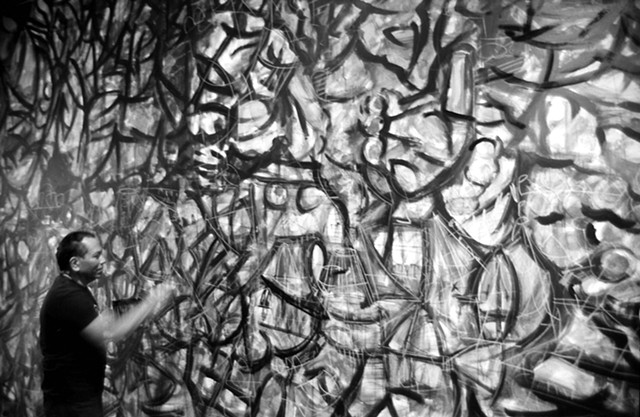 Knowing he was going to be painting this new large, ephemeral piece I asked if I could photograph him as he worked.

We arranged a day. I shot two rolls of black and white film as he simultaneously worked, spoke to museum visitors and to a group of young school children.

Once the visitors left, Gronk obliged and posed for me.

I explained to him that my plan with the images was to copy the mural directly onto him in the photographs so that it appeared as if the art had stepped out of the wall in his image.

The major barrier to this effort is that I am not a painter. After several attempts, I realized that I was not capable of capturing the mural at all.

“Everyone thinks it’s easy to paint like this”, Gronk told me about my aborted efforts with the images.

My final decision for the images was to print 10 photographs on archival Japanese paper in a limited edition portfolio of 5.

The woven texture of the paper I used appears to be an extension of the mural, and Gronk himself seems to be a part of the paint as well.

At this point in his career, Gronk’s abstract work was beginning to reach a new zenith. He had already begun to showcase this style of painting in his collaboration with experimental opera director Peter Sellars to realize monumental backdrops and scenery for the opera Ainadamar (2005), and continued with Griselda (2011), as well as with the international presentation of The Indian Queen (2013).

Gronk and I had known each other for 35 years at the time these photographs were taken. I am very fortunate and grateful to have him trust me as an artist and allow me to intimately photograph him in the throes of his work, and also pose, without question or hesitation for my lens.

Gronk is an artist of our time. His work, which continues to change and evolve, is the work of all time.

The Opening Night of Gronk's Exhibition "Theater of Paint" at the Craft Contemporary is now a book, No Paint